Farmers and consumers in low- and middle-income countries can benefit from world-class breeding programs, according to a detailed vision developed by the CGIAR Excellence in Breeding Platform (EiB). Throughout 2019, the EiB team developed this vision in close contact with researchers from CGIAR and national agricultural research systems, funders, and private sector partners.

In parallel, each CGIAR breeding program developed a plan for strategic improvements to breeding, in close collaboration with EiB staff and in alignment with the EiB vision for CGIAR breeding. 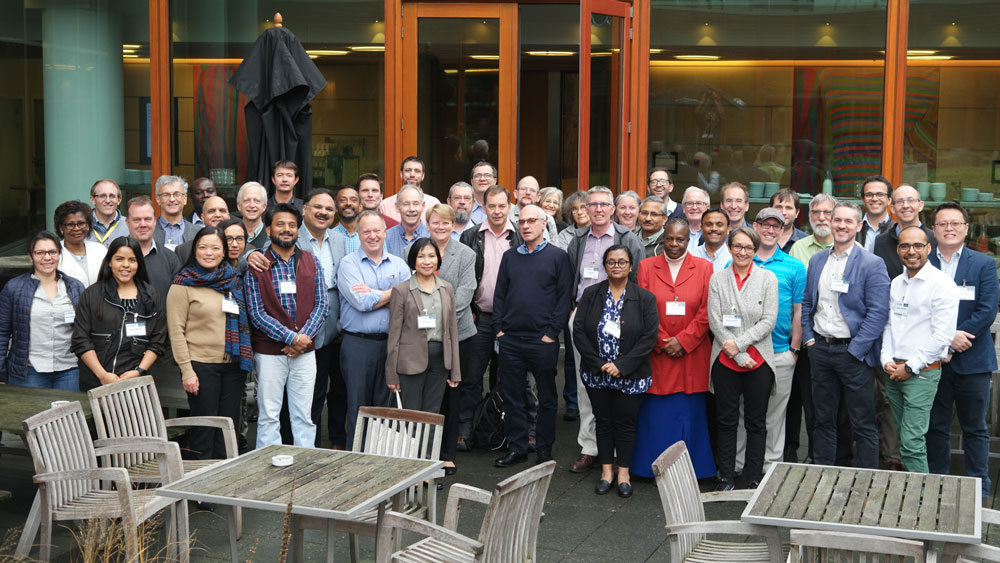 Participants at the EiB annual meeting in 2019.

In parallel, each CGIAR breeding program developed a plan for strategic improvements to breeding, in close collaboration with EiB staff and in alignment with the EiB vision for CGIAR breeding.

EiB has also supported all CGIAR breeding programs to develop product profiles, which identify market-driven objectives. Eduardo Covarrubias joined to lead the EiB module on breeding scheme optimization to support delivery on those objectives. Initiatives underway include the production of in-depth breeding scheme optimization guidelines for publication on the EiB Toolbox and a computer simulation platform in collaboration with the Roslin Institute at the University of Edinburgh.

Breeding operations and phenotyping capacities were assessed at eight research stations across four CGIAR Centers. EiB also conducted a CGIAR-wide survey to identify equipment needs, preferences and areas of improvement, which will inform budgets for modernization and standardization of equipment.

A CGIAR-wide project on operational excellence was first piloted at CIMMYT. Staff in Mexico received training in Six Sigma techniques, identified bottlenecks within their areas of work and started projects to address them.

The High-Throughput Genotyping project became a self-sustaining service, brokering around US$2 million worth of low-cost and high-quality genotyping data for CGIAR and national breeding programs to date. Its staff continues to train users and provides consultancy services to ensure genotyping is used effectively to speed up variety selection.

Programmers from across CGIAR reached a key milestone in showing that the major data management software applications can be spun up in a single software solution: the Enterprise Breeding System. It will be released in 2020 for use by breeding teams at CIMMYT and the International Rice Research Institute (IRRI). In addition to workshops and trainings, EiB sponsored six sabbaticals, to support collaboration across institutions and the development of unified data management systems.